You know me as an artist but I spent most of my adult life in advertising. I moved to New York City within months of leaving art college, and I was fortunate enough to meet someone at a party who needed an assistant. His name was Leonard Favara and he worked at the very prestigious ad agency called Trahey Advertising. 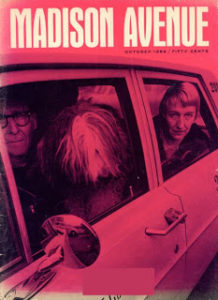 I knew nothing about this agency, and I wasn’t even looking to get into advertising, but I did know how to do paste ups and mechanicals. For you young folks, that was how ads or anything in print was created before computers. So my skill set was good for this job. I went in for an interview and, to my surprise, it was a fashion boutique ad agency. All their clients were high-end fashion designers or brands with very high budgets. I was very familiar with all these famous brands. I wanted this job! I was introduced to Peter Rogers, who was an executive at the agency, and I guess I made a good impression. Next, I had to meet Jane Trahey, one of the first women to open her own advertising agency. She was a very intimidating woman and I didn’t think it went very well, but she left it up to Lenny and Peter to decide. I got the job.

I took a cut in salary to get this job, but I knew it would pay off in the end. This was a place I belonged because I had always loved fashion and fashion magazines. Little did I know how much responsibility I would be given! I interviewed models for the ads, hired photographers, selected photos, and worked with the retouchers to make everything perfect. The paste up part of the job was minimal compared to all the other fun stuff. I went to photo shoots with the best photographers in the business at the time, and worked with all the supermodels of the 1970’s. I knew Brook Shields as a child. We worked with her often. 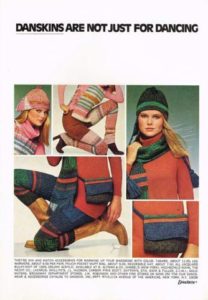 To give you an idea of how special this agency was, I have to give you a little context. Our clients were companies like Danskin, Blackglama, Bill Blass, Bvlgari Jewelers, and David Webb just to name a few. Our clients allowed us to be creative and innovative and we won many awards. The creative team was just a handful of people: Peter Rogers was the creative director, Lenny was the art director, I was the assistant art director, and Jane Broccolo was the copywriter after Jane Trahey left. The four of us worked together to come up with unique campaigns. It was a huge learning experience for me, and Lenny was a great teacher. I soaked up creativity from all the creatives we worked with. Lenny and all the great photographers and illustrators were masters at composition. I learned from the best. 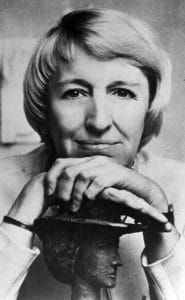 A little side note on Jane is that she had great success in the publishing world as well as advertising. You can still find her books used, and they appear to be very collectible. One of her books, Life with Mother Superior was made into a major motion picture called, “Trouble with Angels”. It starred Rosalind Russell and Hayley Mills. It was released in 1966 when I was just starting High School. She was successful in all she did. Her other books are Clovis Caper, Pecked to Death by Goslings, Jane Trahey on Women and Power, A Taste of Texas, and Son of the Martini Cookbook, the funniest cookbook ever.

Getting to know Jane in the beginning

Jane Trahey started out as a hard boss who I thought hated me. She really was tough on me and I dreaded the days when she was in the office. One of my responsibilities was to work on the fullpage B Altman ads that ran in the Sunday New York Times. For that I had to work closely with her. Eventually she started to trust me, and we began to work very well together. Then she sold the agency to Peter Rogers. She stayed on for a little while but then she was gone. Surprisingly, she kept in touch with me and a few years later, she started asking me to occasionally work on small projects for her. 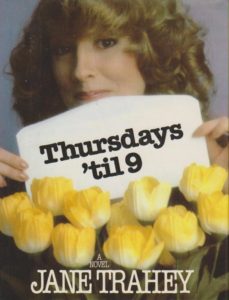 One of those projects was a book. She had this idea to create a book that told the story through office memos and “while you were out” messages. (dating myself here). Fun idea. The publisher was interested, but said she had to produce the entire book with graphics, typesetting and all. I did all the graphics and my mother did all the typesetting. (Yes, my mother was a typesetter).

The same year that the book was released, I quit working at the agency. It had been almost nine years and I guess I was experiencing burnout. Jane proceeded to get a few clients and we began a unique agency model that was unheard of at the time. She worked at her apartment and I worked at mine. Messengers went back and forth, and we somehow got the work done. I did all the creative work, and the production work as well. We did campaigns for Famolare Shoes, Swirl Loungewear, Adrianne Arpel, Fashion Fair Cosmetics and Finley Jewelers.

Through Jane I met the most interesting people. I met Stanley Marcus of Neiman Marcus, Betty Friedan, Jacqueline Babbin, Mary McFadden, David Oreck of Oreck vacuum cleaners and I’m sure many more, but they’re the stand-outs. I worked with Richard Avedon on the Famolare Campaign … we even shot a television commercial with him! In addition, we worked with photographers Gideon Lewin and Francesco Scavullo, and makeup artist Way Bandy. Creativity was abundant in my world and it was easy to be inspired. My work is influenced by all these great artists.

In the end, Jane Trahey became my mentor and very close friend. She showed me how to run a successful business (out of your home) that is both creative and satisfying. I wish she was still here to see the creative artwork I’m doing today. I think of her often, and wonder what pearls of wisdom she would share of the art world and my place in it. I also miss her humor. We laughed till we cried. She was one of the funniest people I’ve ever met. It’s hard to believe she’s gone 20 years now, but she lives on!